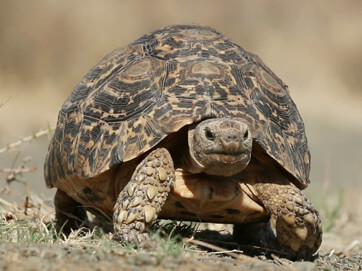 Common Name: Leopard or Mountain Tortoise
Family: Testudinidae
Description: Not indigenous to the reserve but have become a common sight in picnic areas. Maximum adult size of these tortoises varies, generally reaching a size of 30 – 40 cm, weighing about 13kg. This tortoise has a moderately large head with a hooked upper jaw. The legs are well developed with five claws on each of the front feet and four on each hind foot.
Distribution: They are widespread throughout the savannahs of Africa, from southern Sudan, Ethiopia and Somalia southward through East Africa to the Eastern Cape and Karoo, westward to southern Angola and Namibia.
Diet: Wide variety of plants including succulents, grass shoots and fallen fruits.
Behaviour: Breeding season occurs from September to April, males are combative, as with many tortoises and have a direct approach to courtship. Large females lay several clutches, and depending on the temperature, incubation may take 8–15 months. Females are formed at high temperatures (31– 34°C), whereas males hatch from eggs incubated at lower temperatures.
Conservation status: Least Concern
Interesting facts: Leopard tortoises and their eggs are still eaten by people in some areas. Tortoises are important seed dispersers as they eat large quantities of plants and their faeces are full of undamaged seeds. 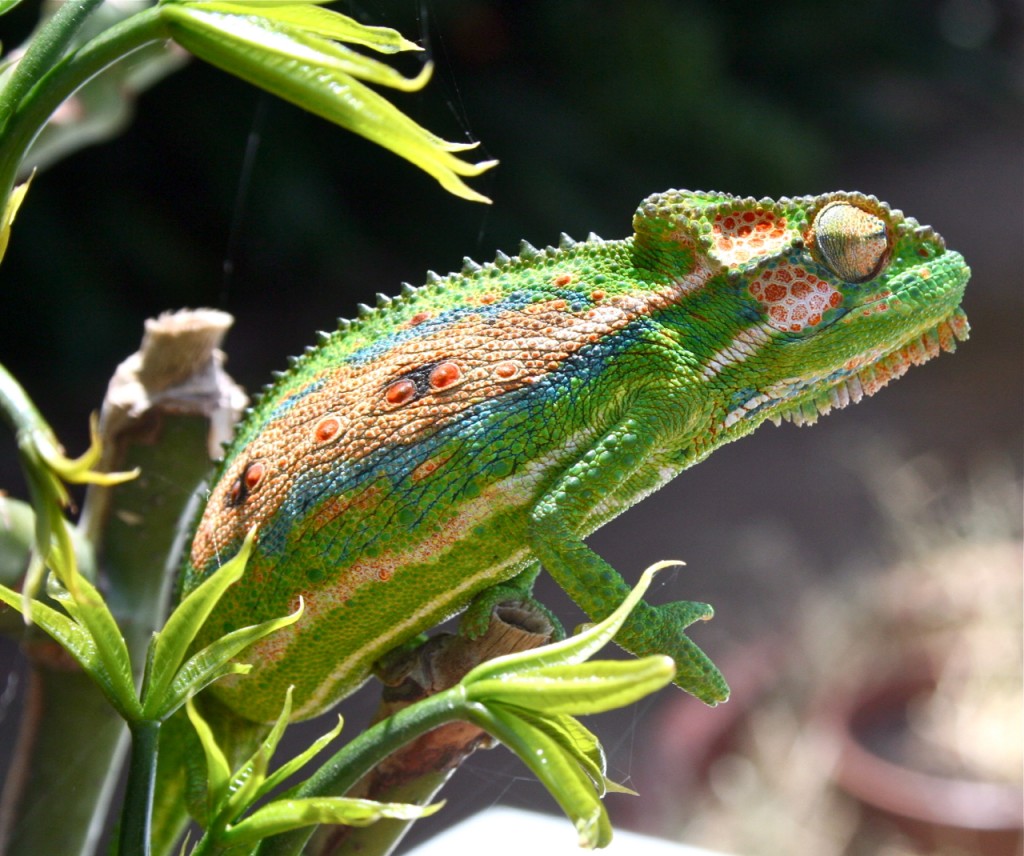 Common Name: Cape Dwarf Chameleon
Family: Chamaeleonidae
Description: Grows to 15 cm in length (including the tail) with a significant colour variety, saturation and pattern, males tend to be brighter than females. The tail is prehensile (the ability to grasp) and the feet are well evolved to grasping twigs with minute claws to improve grip.
Distribution: Native to the Western Cape where it is restricted to the region around Cape Town.
Diet: Variety of insects.
Behaviour: These chameleons are oviparous (eggs are hatched inside the adults’ body), the young resembling miniature versions of adults, and are no more that 2 cm at birth.
Conservation status: Near threatened
Interesting facts: The tongue is twice the length of the body and is shot out of its mouth using a special muscle in its jaw.  Habitat loss and fragmentation are two serious threats to its continued survival. Within an urban area, domestic cats, insecticides and trimming of garden vegetation are the biggest contributors to decline in numbers. 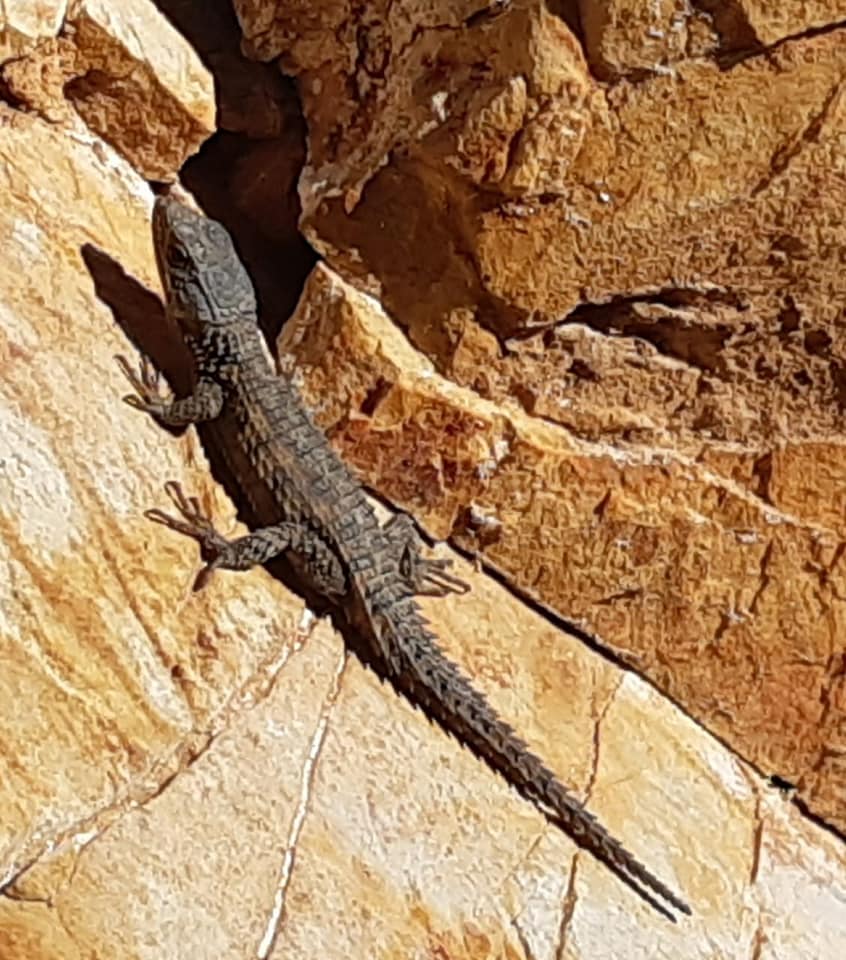 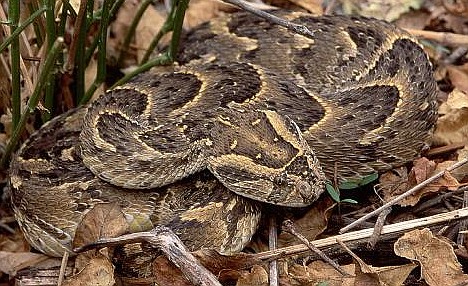 Common Name: Puff Adder
Family: Viperidae
Description: Heavy-bodied snake with triangular shaped head, growing to about one metre in length with a girth pf about 40 cm. It has chevron shaped patterns breaking the bland tanned background. Males are larger than females with longer tails.
Distribution: Widespread over much of South Africa, very common in the Reserve.
Diet: Small mammals, birds, amphibians and lizards.
Behaviour: An ambush hunter, which relies on its camouflage to keep hidden. This snake will lay in a coiled up “S” position waiting for prey. Females produce a pheromone to attract males, which engage in neck-wrestling combat dances. Females give birth to large numbers of offspring: litters of 50–60, new-borns are 12.5–17.5 cm in length.
Conservation Status: Least Concern.
Interesting Fact: Until recently, research has shown that when hiding, the puff adder will not hiss or strike when approached, as it will give away its position to potential prey.